The 17th century saw the rapid growth of the Connecticut River towns. In the Middletown area, the Taylor family settled to become farmers, ministers, and barristers. Many years later, Howard Taylor secured a large sum of money while working as a solicitor. In 1898, Howard and his wife Gertrude proceeded to begin building the now-historic Saint Clements Castle.

The architectural design of Saint Clements began with the 16th century castles of Europe. Centuries later, a New York architect named Sidney Algernon Bell incorporated several interesting features in the manor house, which include the long balcony modeled after the Inn of William the Conqueror at Dives-sur-mer, France, and the Art Gallery, which was modeled after the Great Hall of the Château de Langeais. The two Norman towers add a distinctive feature to the French Tudor entrance.

Granite blocks for the walls were brought to the site by oxen. The wood is chestnut and oak, which were plentiful and nearly indestructible.

The actual construction of the Castle was handled by workmen from the Middletown and Portland area.  Many were Italian and Irish immigrants who walked to work each day. Evidence of their careful craftsmanship is still visible today in the woodwork and masonry—notice, especially, the towers and exterior garden wall.

In 1993, the historic Saint Clements Castle was gifted to the Saint Clements Foundation, Inc., a non-profit organization formulated for the preservation of the Castle as well as its gardens and art treasures. The Trustees began a detailed restoration of the gables, walkways, balconies, and the courtyards.​

The Trustees’ love for art, antiques, and historical appreciation is now evident in the Art Gallery and throughout the estate.

With more than one mile of riverfront, Saint Clements Castle and Marina has become a developer’s dream, and is now preserved for future generations.

From its inception, the Foundation has supported charities for the homeless, hospice care, and programs for local children. Our charity work is possible through the Evangelistic Communications Systems made through the generosity of countless supporters who share our Catholic mission. We have promoted and defended faithful Catholic education for 45 years.

Learn how Saint Clements Castle & Marina can make your event truly unforgettable. Tell us about the celebration you’re planning, inquire about availability, or book a tour here. 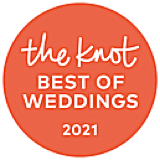